It's Birds, It's Planes, It's Stamps

Canada Post, the Canadian postal service, has announced the issuance of a six-stamp set honoring the 75th anniversary of Superman. It is a fitting tribute because Joe Shuster, the artist who co-created the Man of Steel, was born in Toronto.

Five of the stamps are being issued in sheetlet form, with art by Shuster, Wayne Boring, Neal Adams, Jim Lee, and Kenneth Rocafort representing various eras.

The sixth stamp uses John Byrne's version of the iconic shot of Clark Kent ripping open his shirt to reveal the Superman costume beneath. 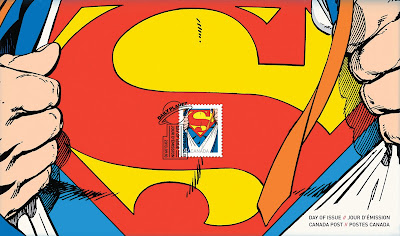 Longtime fans of the Man of Steel will quickly note that a particular artist, whose rendition of Superman was considered the classic for more than twenty-five years, is left out of this collection.  Where, Canada Post officials, is Superman by Curt Swan? 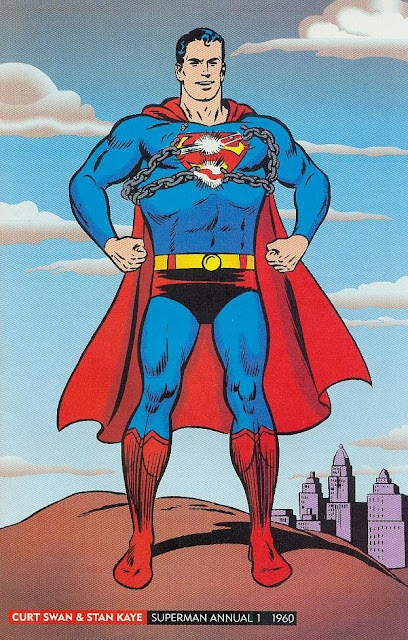 Twenty Years From Then Update

Prior to beginning my twentieth summer at CTY, I blogged about trying to track down the students in that very first class back in 1993. Thanks to Facebook, LinkedIn, Google, and the U.S. Postal Service, I located eight of the twelve... and got responses from four of them.

Monica Elkinton-Englund wrote:
I went to Bard College and majored in Mathematics.  I knew I didn't want to be a math teacher or professor, so I went to law school at Northeastern University in Boston.  After graduation, I moved to Alaska, clerked for a judge, and became a public defender.  I defended people accused of crimes for four years.  In 2011, I opened my own practice.  I practice mainly criminal defense and family law, but sometimes other kinds of cases, too, like small claims or simple wills or personal injury.

Matt Dana wrote:
I went to college at the Rochester Institute of Technology, which had one of the first and largest programs in Information Technology (IT) in the country.


I graduated in 2003 and found a job at a company called Element K. The work wasn’t exactly what I was used to doing - I was designing online courses, which was a lot different from building websites - but the company was a fun place to work... until, that is, the company started falling apart and they got out of the online course business. I was laid off along with all the people I worked with, which was awful and sad and terrifying and also one of the best things that ever happened to me, because it led me back to RIT, where I got a job doing what I really loved to do - building websites.


I started off as a web developer at RIT’s National Technical Institute for the Deaf, and I still work there today as the Director of Web and Instructional Development. I lead a team of web developers, which is fun because it means I have a bunch of fellow geeks to talk geeky with every day. We work with writers, designers, photographers and videographers to build websites, smartphone apps, games and other online stuff for all of the various groups and departments at NTID. I really, truly love my job and feel very lucky to be able to say that.

Peter Chi wrote:
After college [at the University of Michigan], I went on to do a Masters in Epidemiology at Johns Hopkins, and then a Ph.D. in Biostatistics at the University of Washington in Seattle.  I am currently an Assistant Professor in the Statistics Department at California Polytechnic State University in San Luis Obispo, CA. I feel extremely blessed to have landed a tenure-track job straight out of graduate school, and it's been amazing here. Not the least of which is due to the sunny weather and proximity to the beach; we can get to the ocean in about 10 minutes. It really does feel like I landed my dream job in a dream location, and I couldn't be happier about it.

And Bill Flook (known for those three CTY weeks only as "Spud") wrote:

I thought I would write for a living, and I do. I am a journalist for a business publication in Washington, D.C., where I cover technology. I spend my days writing (true) stories about ambitious people who start companies. Most of them fail.
I consider myself lucky to be paid money to write for a living, and what’s more to never have to write something I don’t think is true. On some days I write something that thousands and thousands of people read, and I get a attention from all over the country and get to go on TV to talk about it, which is nice. I was on Chinese television the other day. Bet I didn't see that coming two decades ago. On other days, nobody – and I mean nobody – reads my stuff. I try not to take it personally.
I don’t really remember the details of my own “in 20 years” letter from CTY. But I’d bet it didn’t include the prediction that I’d “work all the time." And I mean all the time. I’m writing this on a Sunday, at work, in between bouts of working. No matter how talented people tell you you are - and I’m sure you are very talented – there is no escaping this very unappealing fate. Lawyer: work. Doctor: work. Crane operator: work. Rock star: work. Reporter: work. You may work your butt off and be quite smart, brilliant even, and still end up somewhere in the middle. The trick is finding something you don’t mind being in the middle of.
Thanks to all four members of our "Class of '93" for responding. I shared their full letters with this year's classes and I think it prompted the "Class of '13" to take a more serious approach to their own missives. After all, there's the possibility that I'll be contacting them in 2033 to ask what really happened to them.