A majority is the greater part, or more than half, of the total. It is a subset of a set consisting of more than half of the set's elements.

Just to make things clear to those folks who do not seem to understand what a majority is:

* The number of registered voters in this country is approximately 200 million. Donald Trump was not elected by a majority of the voters in the United States.

* The number of votes cast in the 2016 presidential election was approximately 125 million. Donald Trump was not elected by a majority of the people who voted in the United States.

* The only majority that Donald Trump won was Electoral College votes and that is why he is President-elect.
The same situation occurred most recently in 2000, when George W. Bush won over Al Gore, despite having lost the popular vote. That it has happened for a second time in less than two decades will no doubt spark another debate about the value / necessity of the Electoral College.

Got it? Good.
Now don't get me started on what a mandate is!
Posted by Bob Rozakis at Thursday, November 10, 2016 No comments:

The Farmingdale School District recently had to vote on a $36 million dollar bond issue that would provide funding to build an "aquatic center" and what, according to the artistic renderings, looks like a minor league baseball park complex at the middle school. 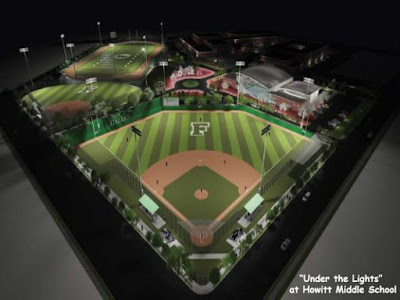 Playing the ever-popular political game of "Fun With Numbers," proponents of this bond claimed that property taxes would actually go down with its passage. Closer examination of this claim showed that when a current bond is paid off in 2021, taxes would indeed be reduced. The new bond would cost less than the old one, so the net effect would be lower taxes, ignoring, of course, the fact that they would be substantially lower without the new bond.
Despite claims of the proponents that they presented this plan to numerous community groups, all of which were in favor of it, it became apparent that much of the community had no idea it was even being considered until shortly before the vote. One can only presume that those groups in favor were Little League organizations, swim clubs, etc. rather than people far less likely to view it as a great idea.  In fact, virtually all the people I spoke to about it were against it.
The Farmingdale school district has a total population of 109,000 in some 37,000 households. If we presume that half the population is under 18, that means we have 54,500 eligible voters. Even if we go further and assume there is only one eligible voter in each household (which is highly unlikely), that is still 37,000 people.
How many voted on this bond issue? Three thousand. Eight percent of my smaller estimated number of potential voters; less than 6% of the more likely number.
The bond passed 1610 to 1390. A difference of 220 people determined that the district should spend $36 million. And the response from a number of people who complained about it? "I never thought that would pass! I should have voted!"

My point here is simple: You can't take anything for granted. Don't presume that you don't have to bother voting because "that could never happen." It can and it does and it will.
Go vote!
Posted by Bob Rozakis at Friday, November 04, 2016 No comments: