Old Photos of the Week #7

And one more round of dinnertime photos from the DC Comics retreat... 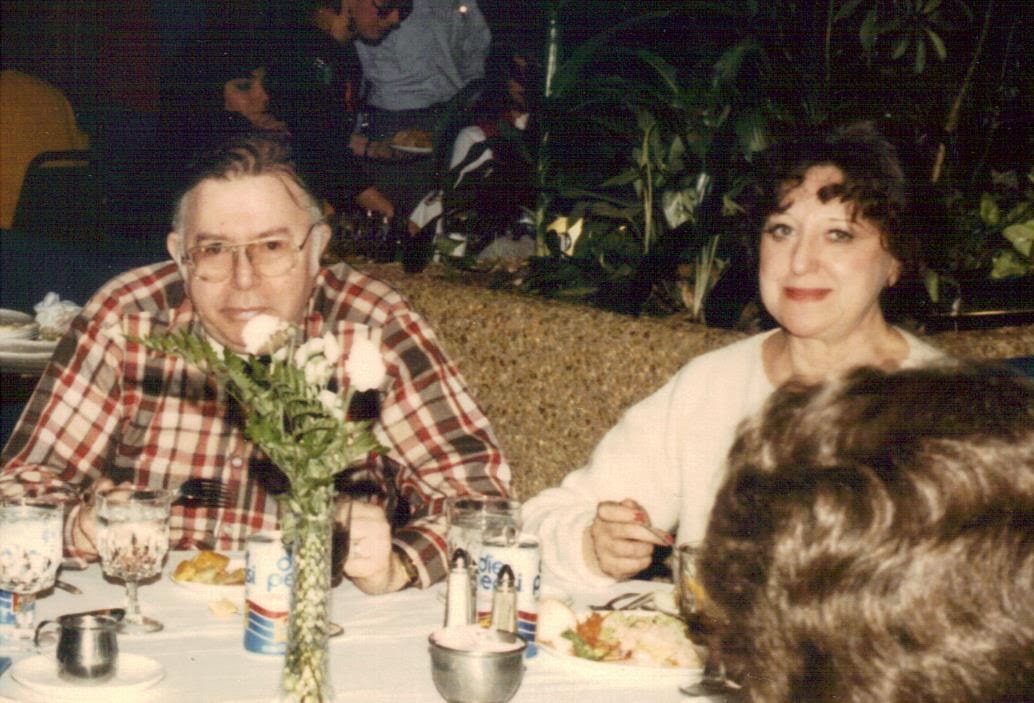 Though he might be familiar to some fans as one of DC's letterers, Milt Snapinn was also the head of the film library, where all the negatives for DC's books were stored for use in reprints and foreign editions. Milt was originally hired for a two-week stint at the company that ended up stretching for decades and joked that he would sometimes go to the bosses and ask, "Is it Saturday yet?" Next to Milt was his assistant, who I believe was named Helen (and her last name escapes me). 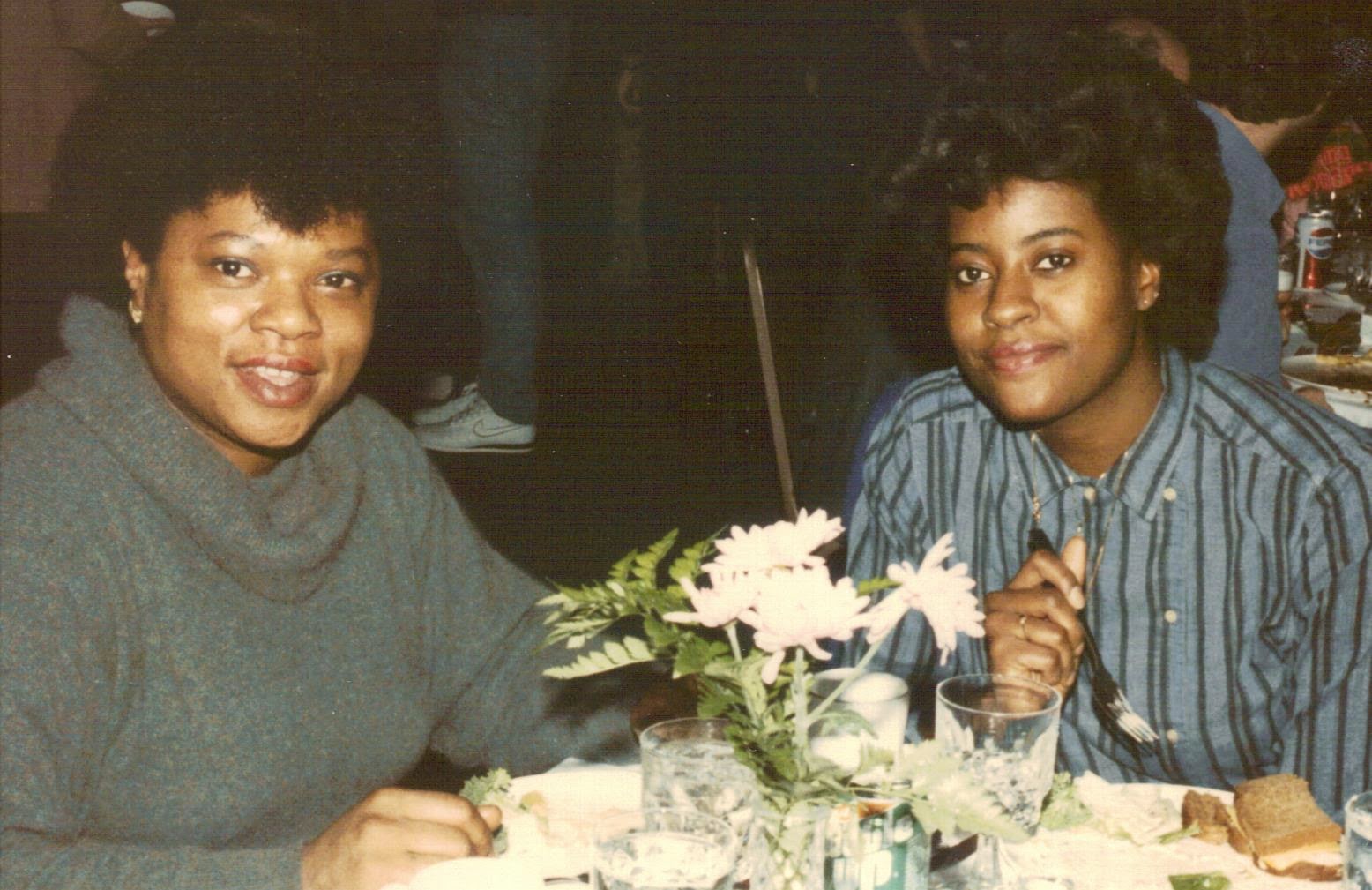 Jeanette Winley (l.) succeeded Milt as the head of the film library and continues to work at DC today; her long tenure, like that of a number of other staffers, will come to an end when the company moves to California in April. Alyce Raeford was Dick Giordano's assistant; she also had a long run at the company. 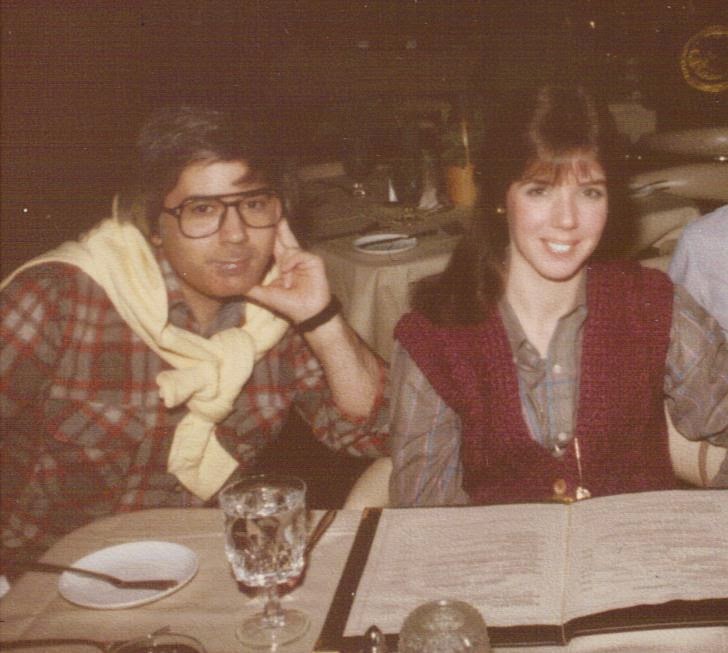 Editor / artist Sal Amendola worked on a variety of titles, most especially New Talent Showcase, the series created to give new and rising artists and writers an opportunity to have their work published. Lucia Gorpfert was Joe Orlando's assistant in the Special Projects department.
Posted by Bob Rozakis at Sunday, February 22, 2015 No comments:

Old Photos of the Week #6 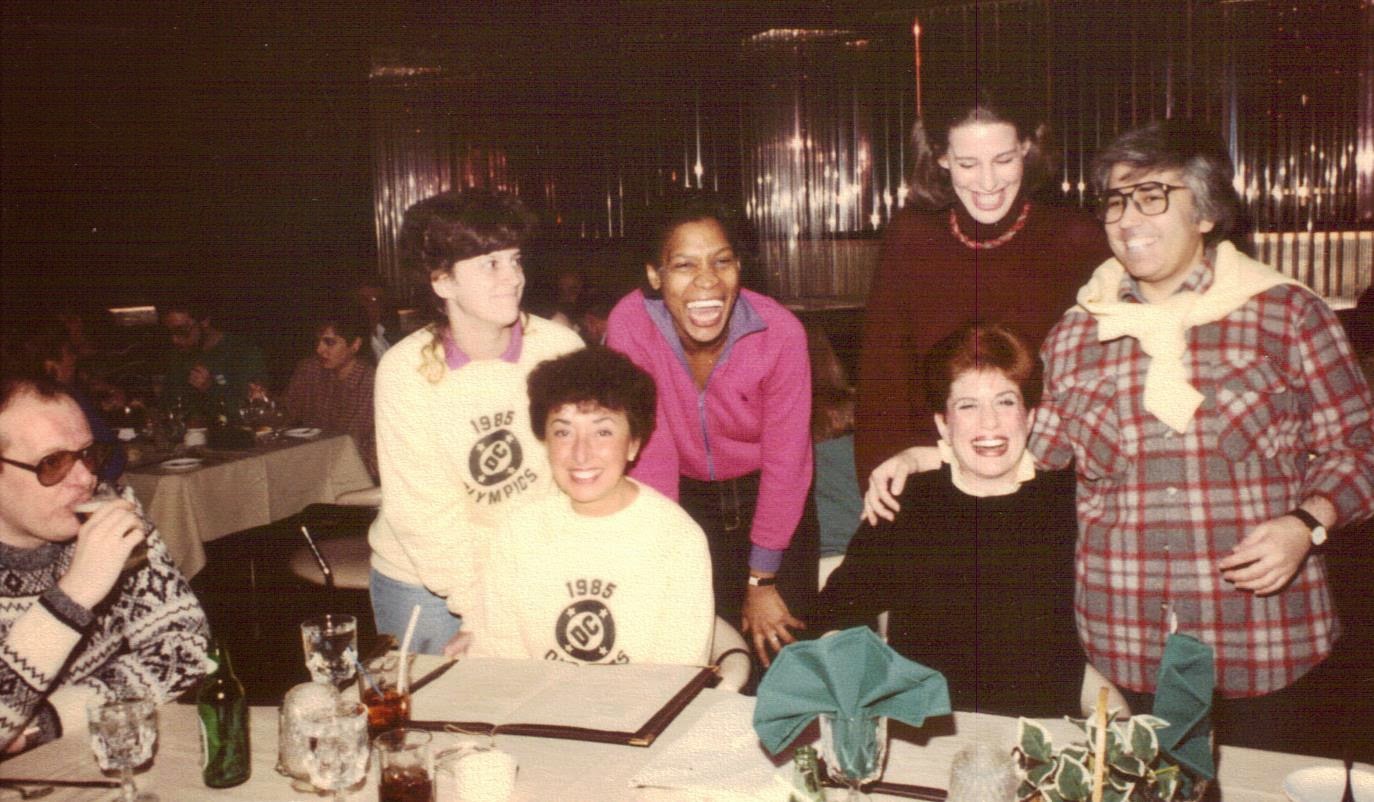 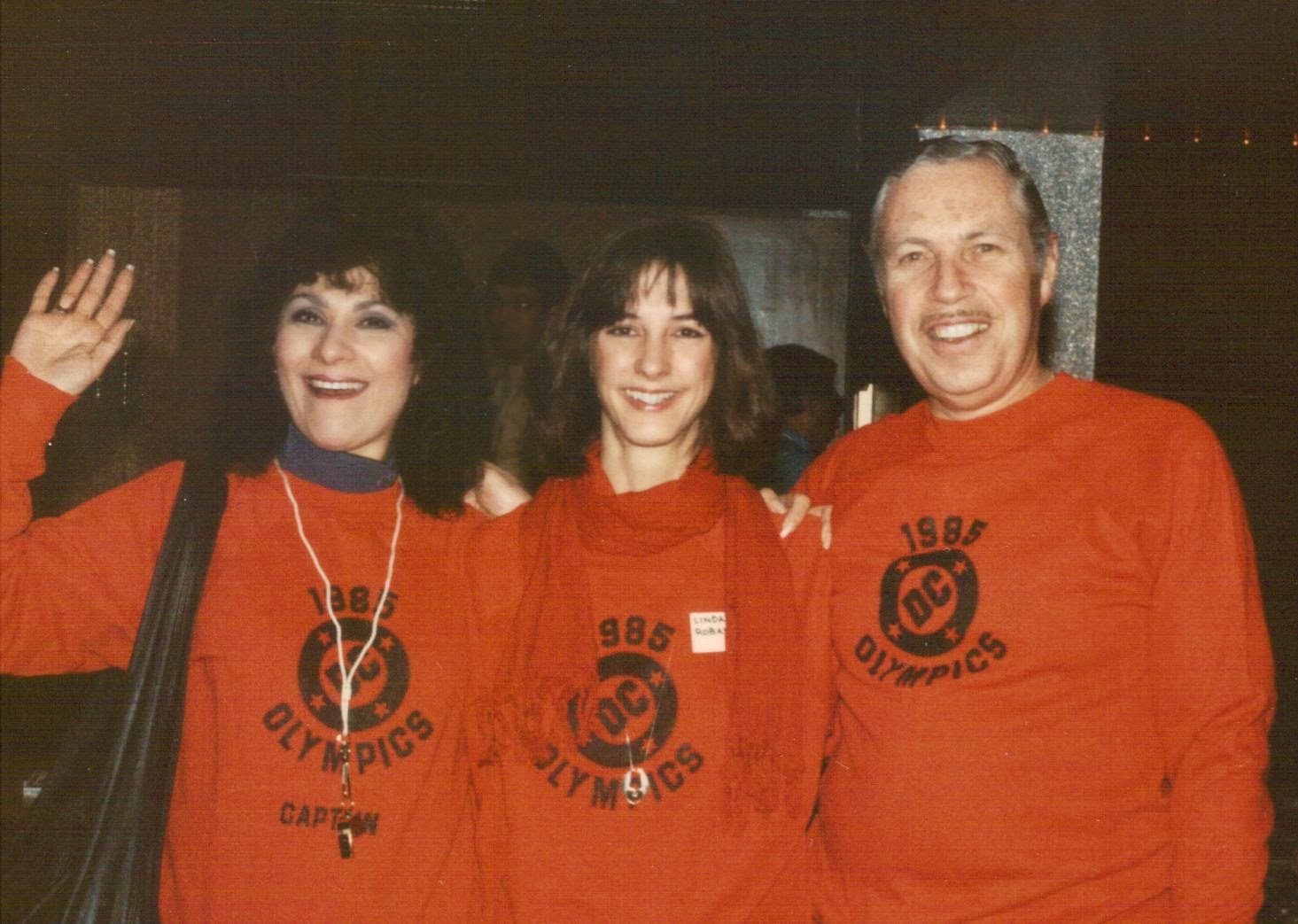 Carol Fein had two terms at DC, the first as Carmine Infantino's assistant when he became head of the company. She left during his tenure, but then returned to fill the same role for Jenette Kahn. Linda Robak was a member of the marketing department.  Arthur Gutowitz was the head of the accounting department. 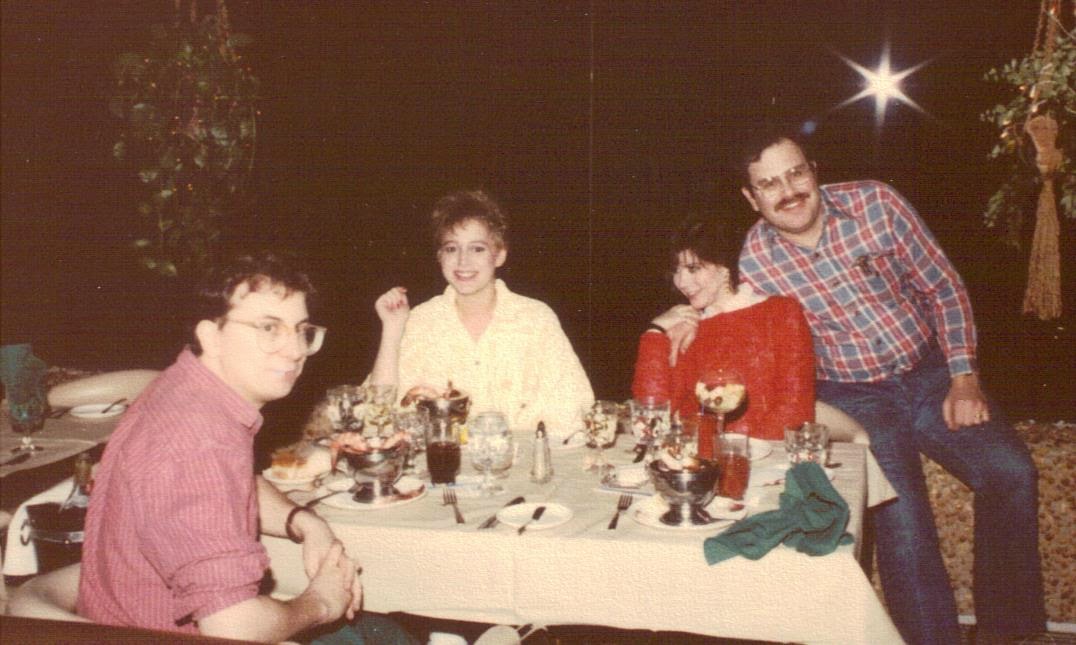 Writer / editor Joey Cavalieri started in Joe Orlando's Special Projects department, then moved to the Editorial department, where he is now wrapping up his DC career as the company prepares to move to California in April; Susan Weil, who worked in the licensing department; Robin Phelps, who worked in the marketing department; and yours truly, back when I had glasses, a mustache, and a lot more hair on my head.
Posted by Bob Rozakis at Saturday, February 14, 2015 No comments:

Old Photos of the Week #5 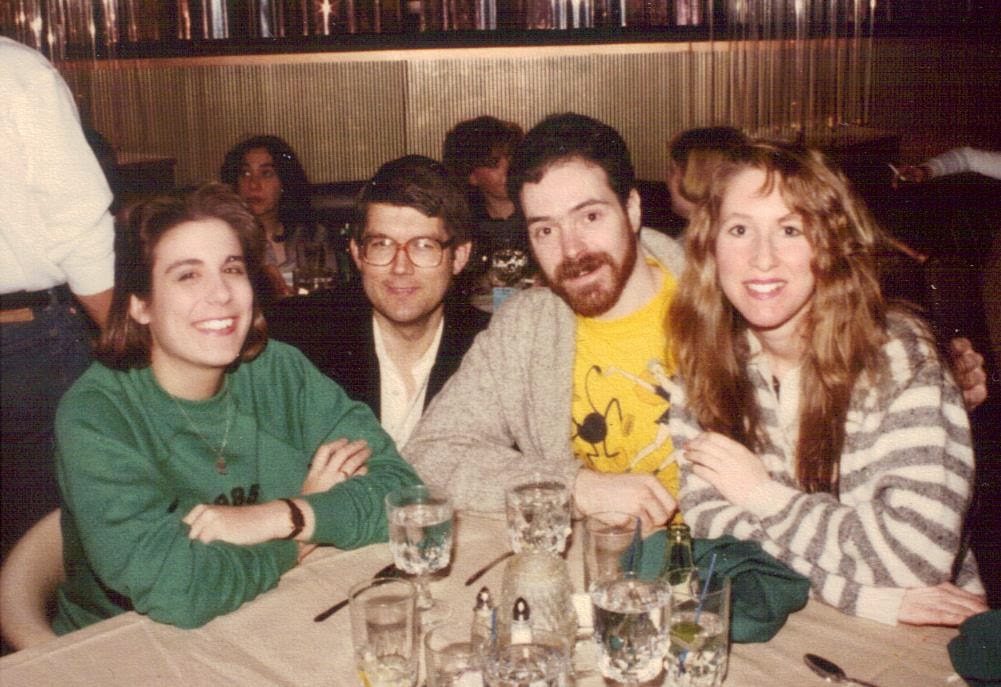 Peggy May (left) was a member of the Marketing Department, which was led by Bruce Bristow.
Neal Pozner was DC's art director; he and I sometimes clashed when it came to form versus functionality, such as the time he designed a Superman umbrella as a freelancer gift, choosing a fabric that was not waterproof because he liked the particular color. When I pointed this out, he remarked that it would be a collectible and no one was going to actually use it in the rain anyway.
Karen Berger started out as Editorial Coordinator, but is most noted for her years as the head of the Vertigo line. 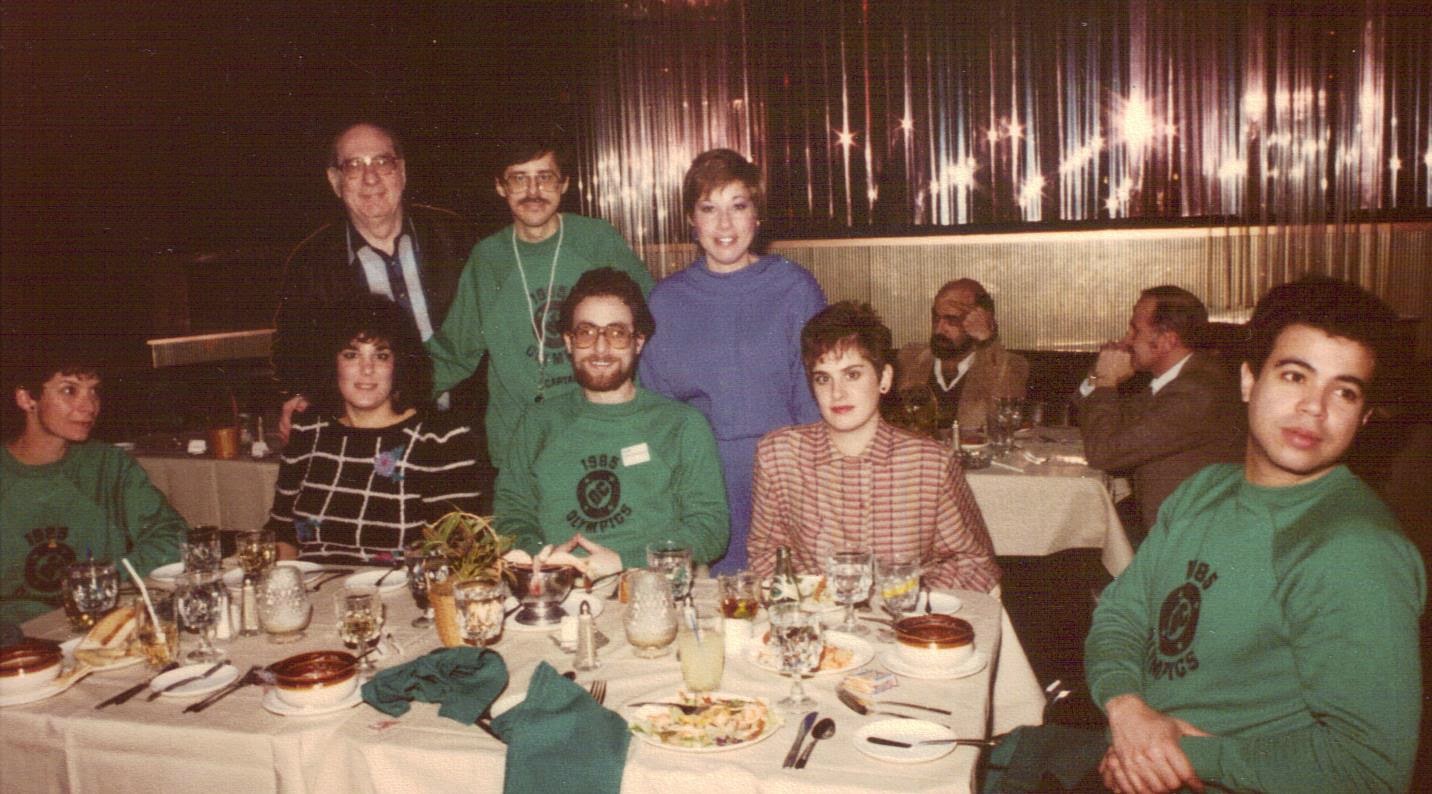 Seated, from the left, are Chantal d'Aulnis, who was the head of the Foreign Publishing department; Lisa Saladino, one of our Production artists and the daughter of famed letterer Gaspar Saladino; Bob Greenberger, editor of a variety of titles, including DC's Star Trek books; Audrey (?), who was, I believe, a member of the licensing department; and Lionel Martinez, another licensing department member.
Standing behind them are Super-editor Julie Schwartz; Paul Levitz, who would eventually become President of the company; and Diane Perla, a long-time member of the Accounting department.
Posted by Bob Rozakis at Sunday, February 08, 2015 No comments:

Happy second birthday to my favorite little man. The time is just racing by... 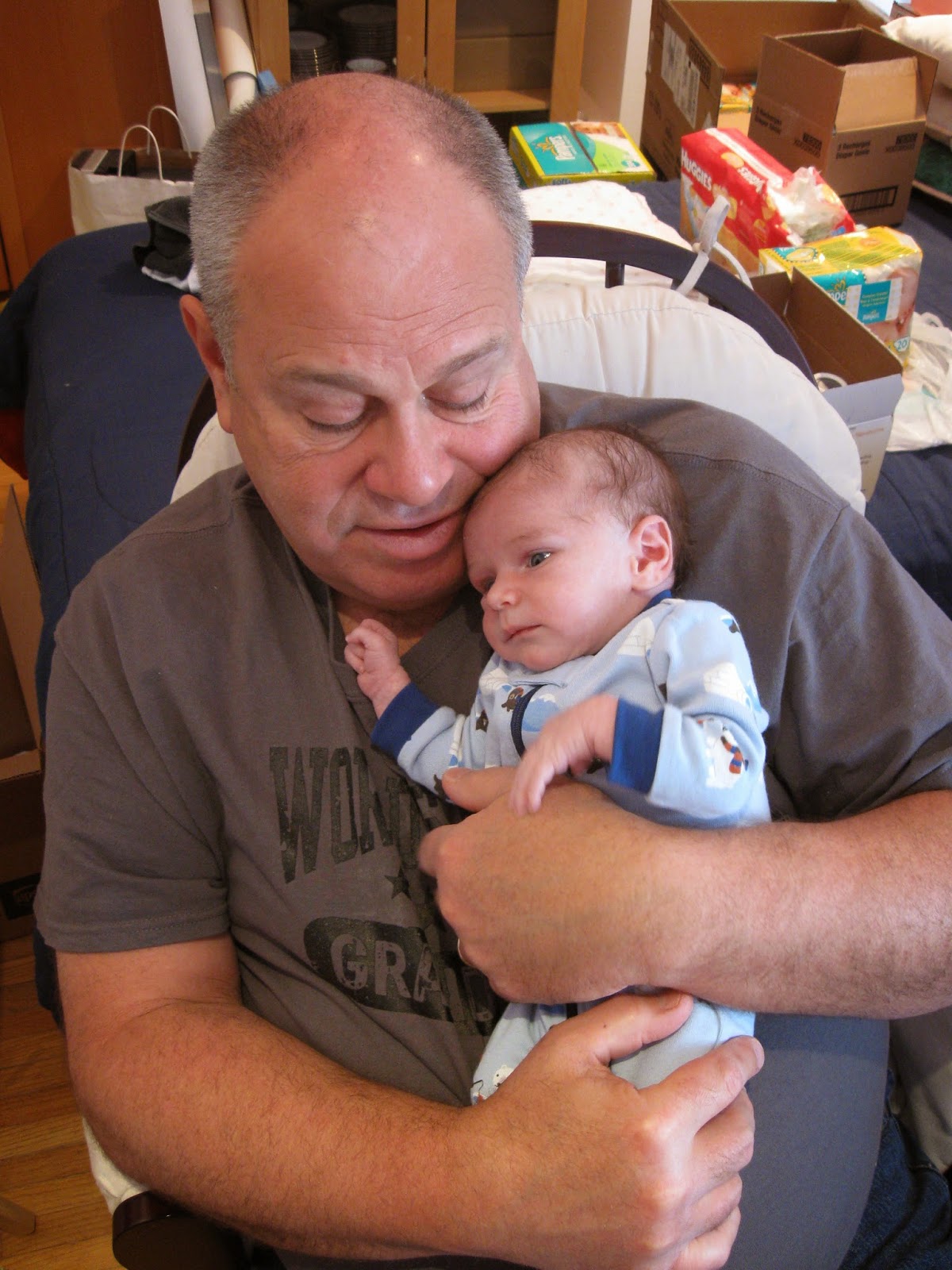 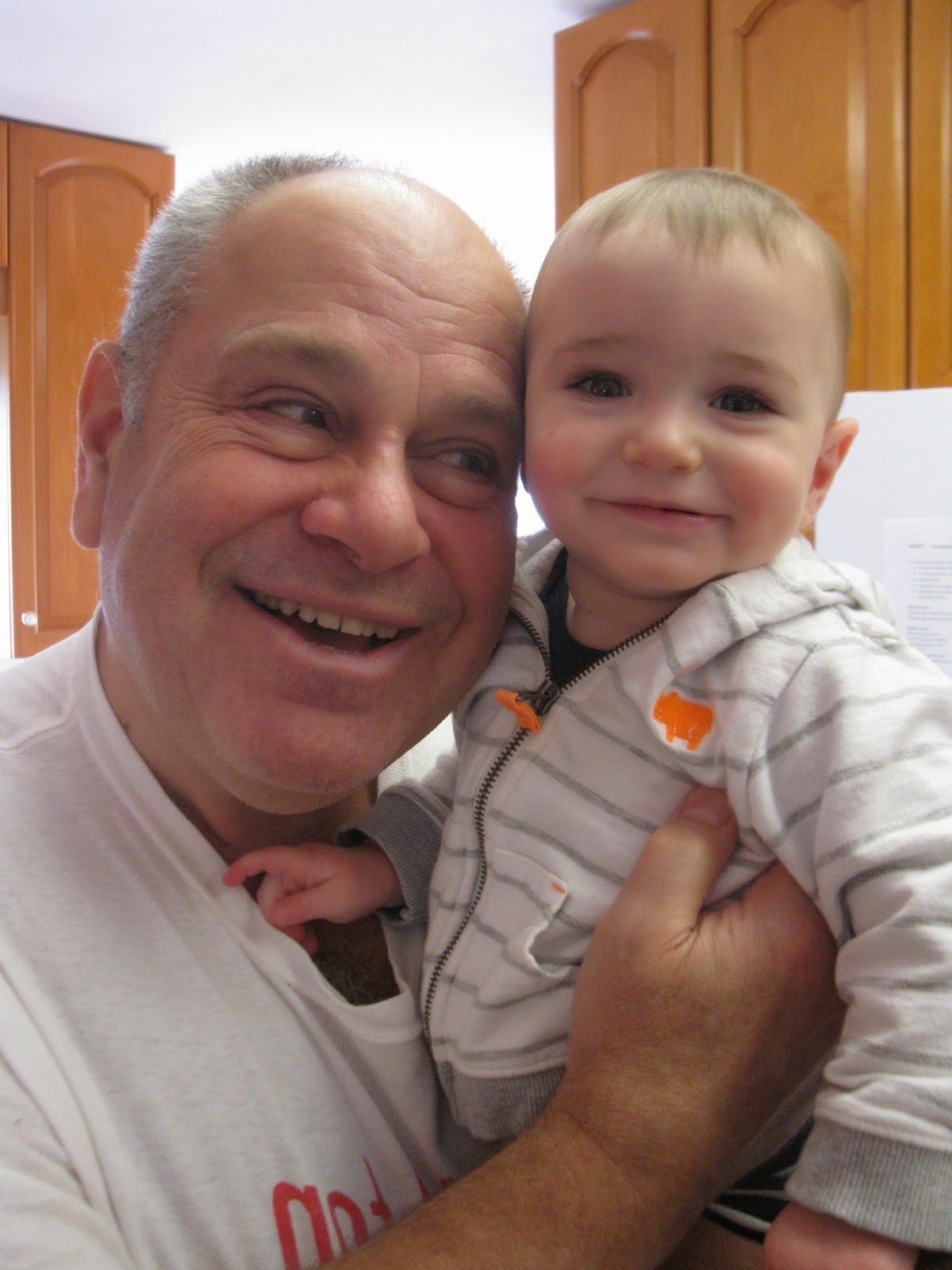 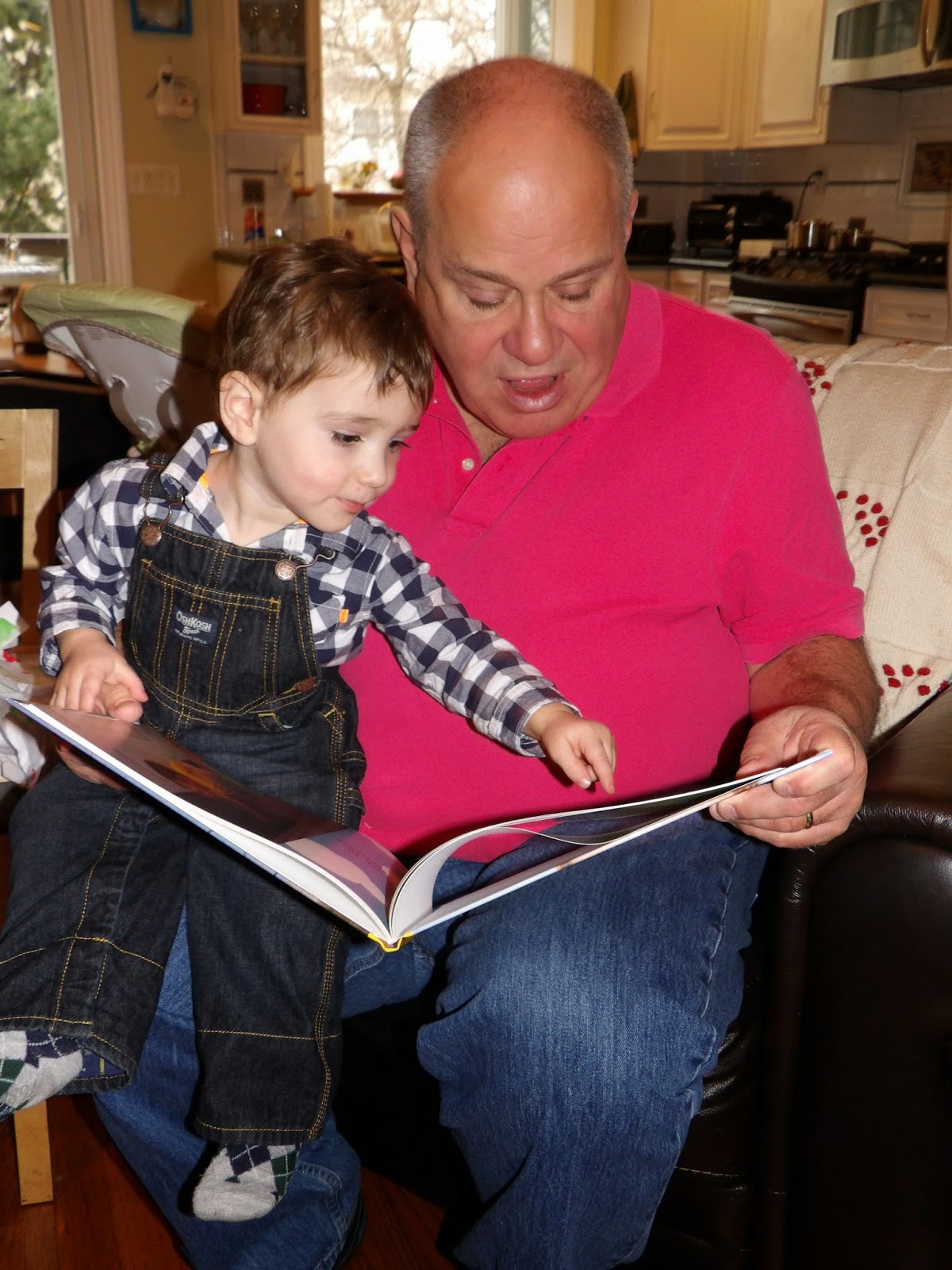 Posted by Bob Rozakis at Tuesday, February 03, 2015 No comments:

Old Photos of the Week #4


More photos from around the dinner tables at the DC Comics company retreat at Great Gorge, NJ. 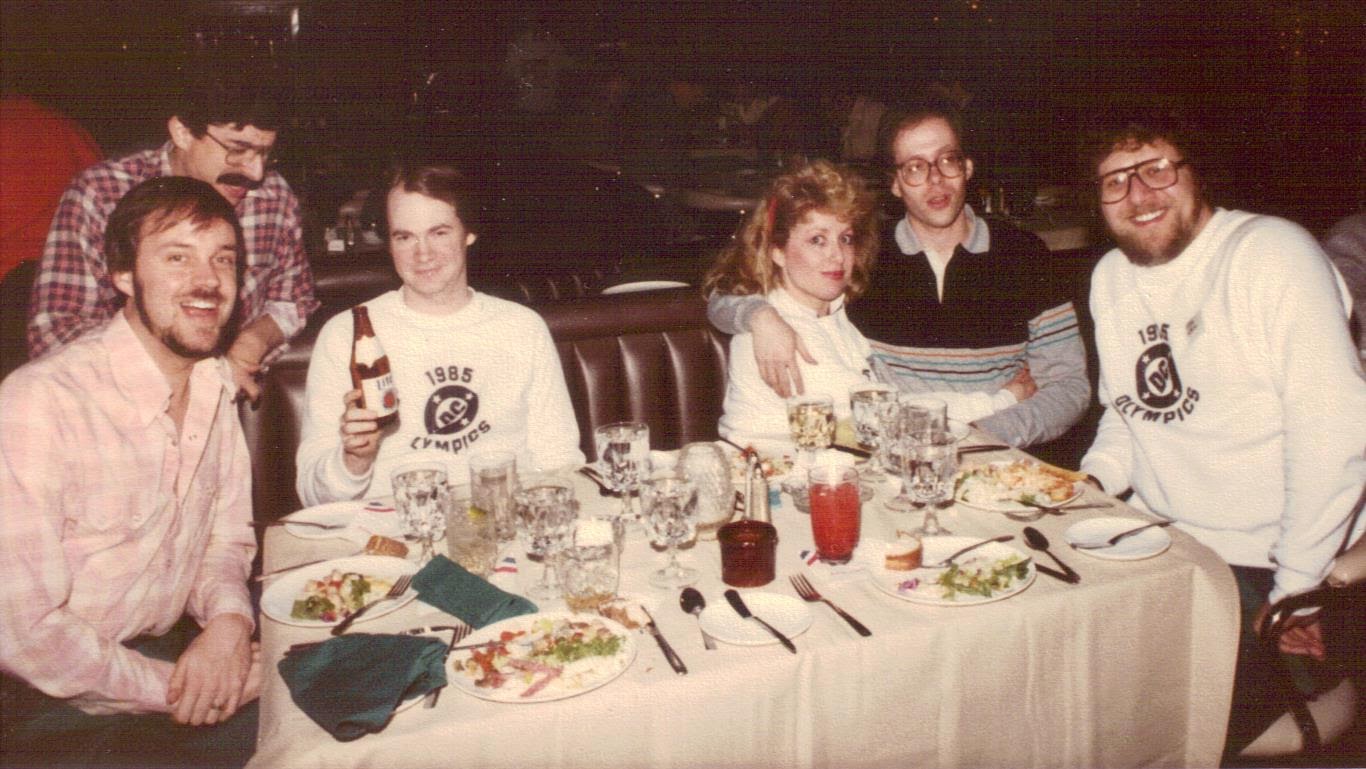 From the left, Tom Pattison, a longtime veteran of DC's accounting department; editor Alan Gold, who was another of the people brought in from the "real world of publishing" and was the first editor of 'Mazing Man; Mark Alexander, one of the members of our production department; the Marketing department's Robyn McBryde; Barry Marx, who was a member of Joe Orlando's Special Projects department; and editor / writer Len Wein. 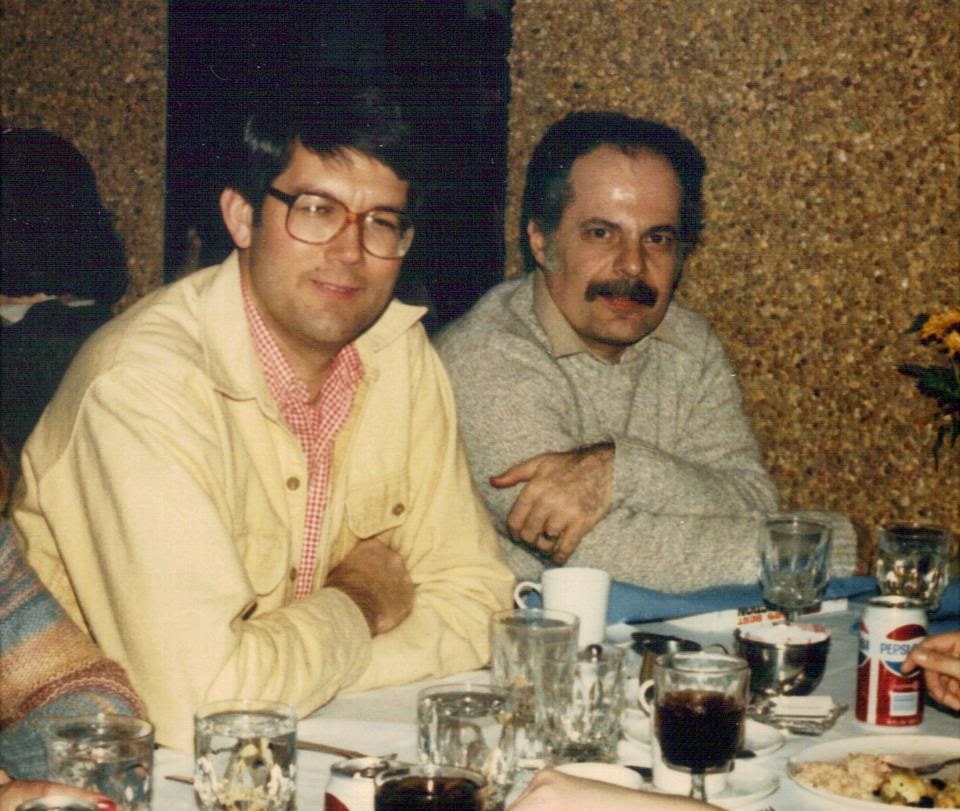 Bruce Bristow was the head of the Marketing department; he and I shared a love of Bojangle's fried chicken (especially their hot sauce) and often lunched at the Bo's just a couple of blocks from the office. Nick Cuti, perhaps best known as the co-creator of E-Man, served as editor for a variety of titles, including the digest-sized reprints series.
Posted by Bob Rozakis at Sunday, February 01, 2015 No comments: