Farewell to The Captain

I became a Yankees fan in the days of Mickey Mantle, Yogi Berra, and Whitey Ford. I'm sure that I saw their last games, though I doubt that we even realized at the time that that's what they were.

Certainly they did not go out in a storybook ending like Derek Jeter did this evening.
The Yankees are up 5-2 in the top of the ninth inning. Suddenly, the usually-reliable David Robertson gives up two home runs and the game is tied. The first Yankee batter in the bottom of the inning singles and is bunted over to second base.
Up comes Derek... and he promptly singles to right field and drives in the winning run for a walk-off victory.
If they did it in a movie, everyone would complain, "What a cliche!" And yet, there it is.

As I grew up with Mickey in the outfield, Whitey pitching and Yogi behind the plate, a generation of fans will remember growing up in a time when Derek was always the shortstop.
And fifty years from now, they'll be watching some future hero finish his career and say, "I remember when Derek Jeter retired."

Posted by Bob Rozakis at Thursday, September 25, 2014 No comments:

The Farmingdale Patch -- and, I presume, all the other Patches out there -- was recently reconfigured so that there are advertisements in between the news stories. After seeing today's edition, I have to wonder whether someone thinks this is a joke or it's just that nobody is looking at the bigger picture. 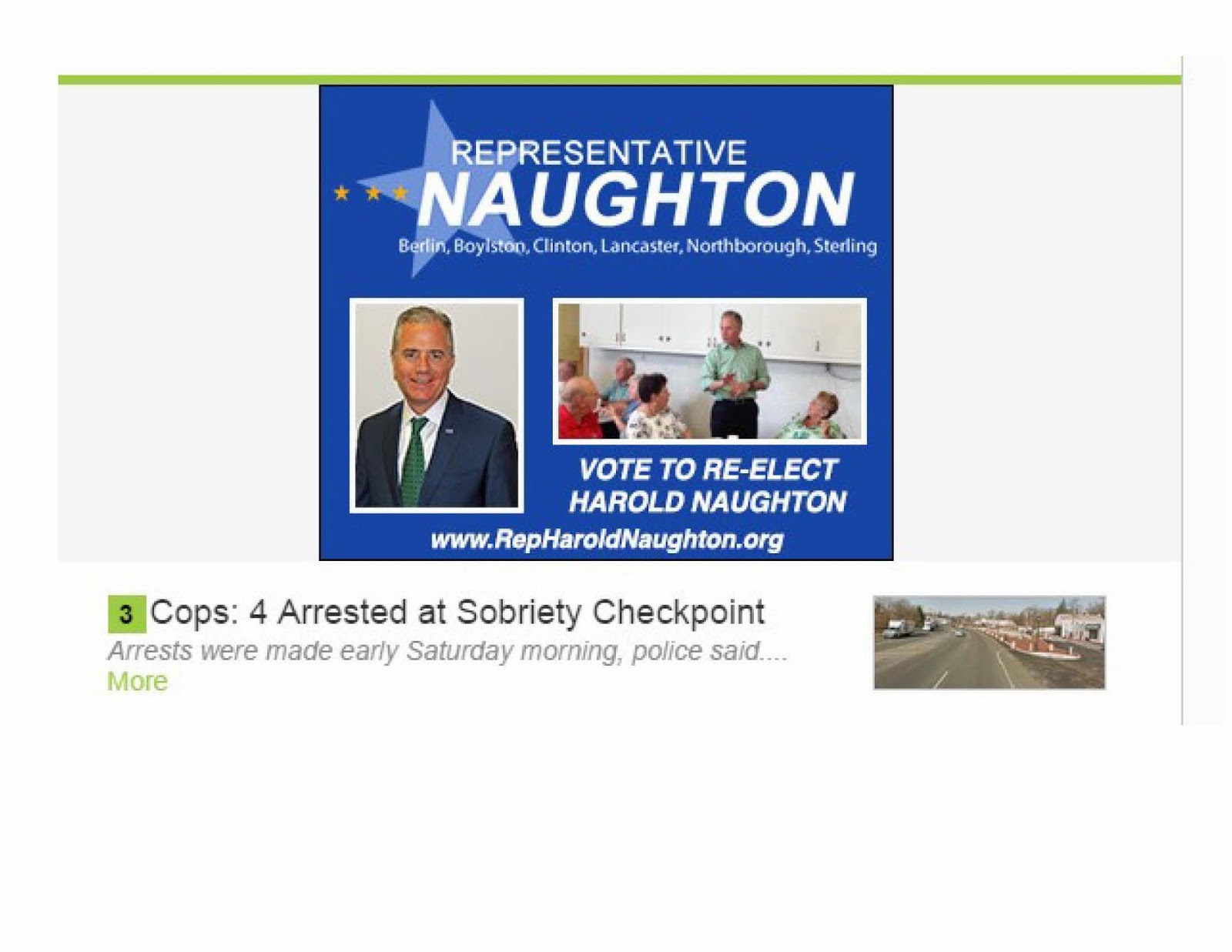 
Is it just me or does this make it seem like Naughton was one of the four arrested? And, just for the record, the man is running in Massachusetts, so why is his ad even appearing on Long Island? 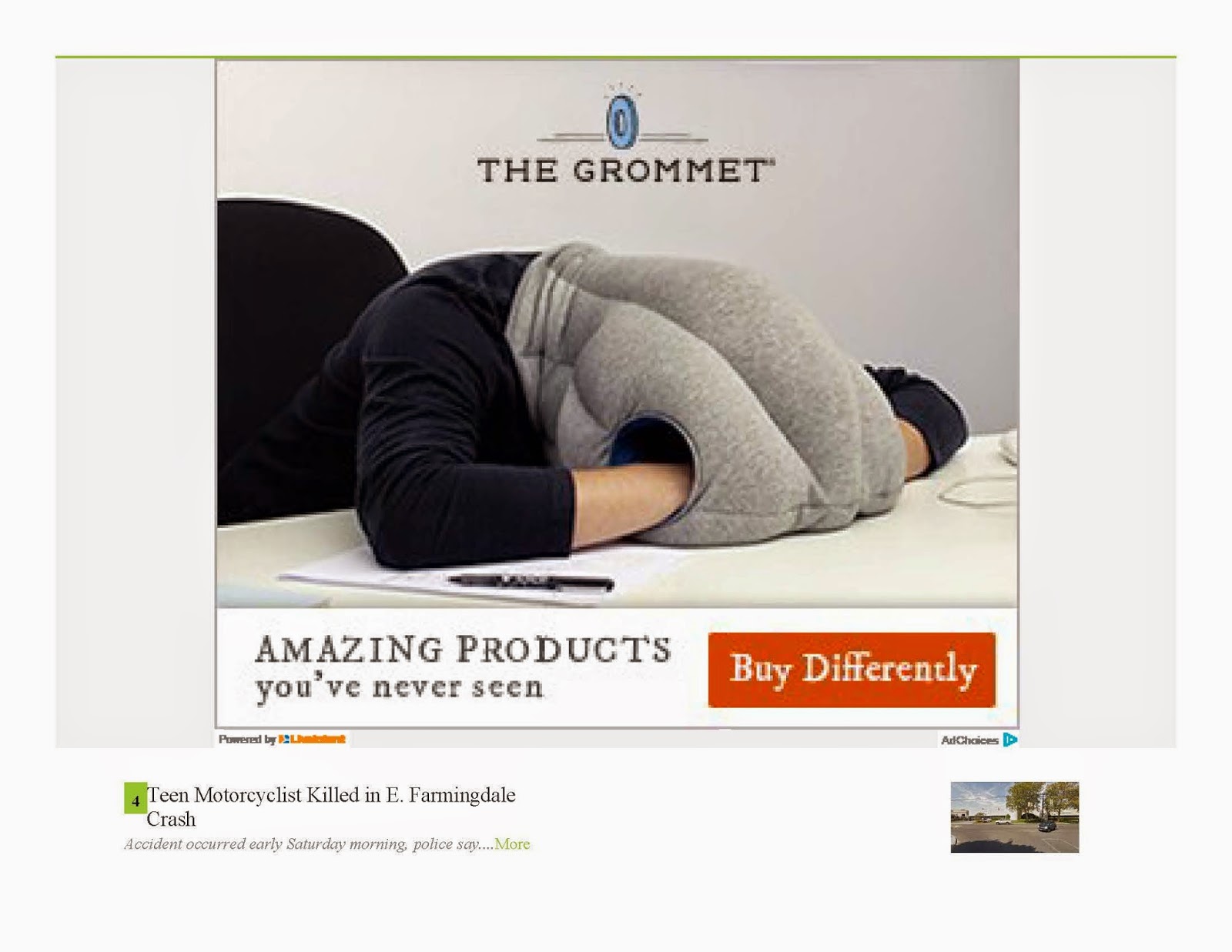 I haven't the faintest idea what that "Grommet" is supposed to be, but an apparently headless person with a news story about a dead motorcyclist just seems creepy.

Sorry, this is a cast I'd rather not meet!

Our little man is nineteen months old today. Here he is enjoying two of his favorite outdoor activities...bubbles and the sandbox. 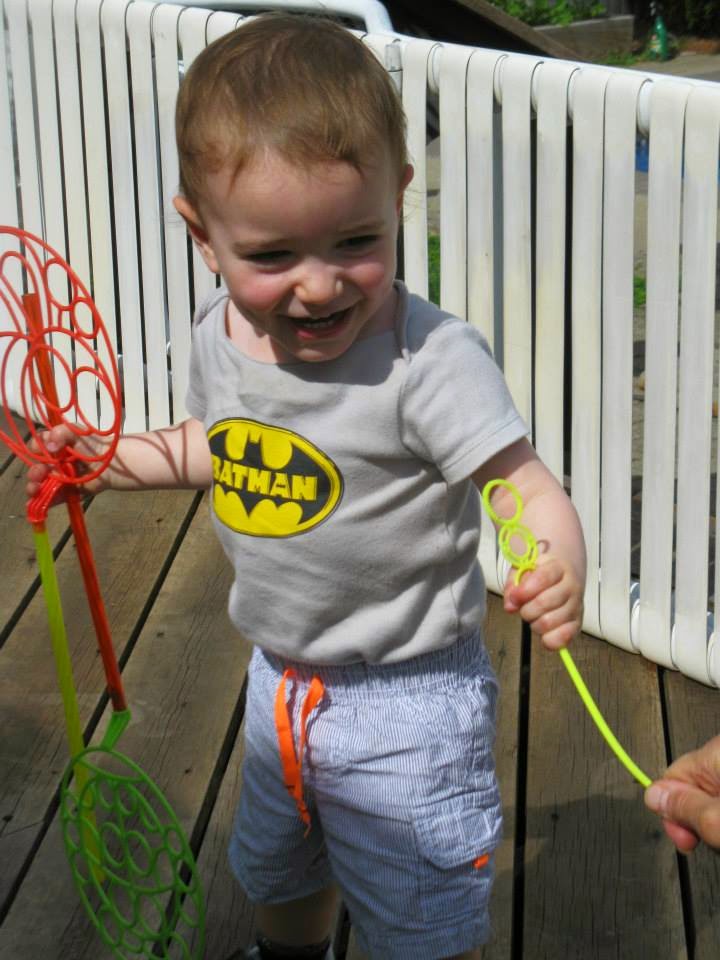 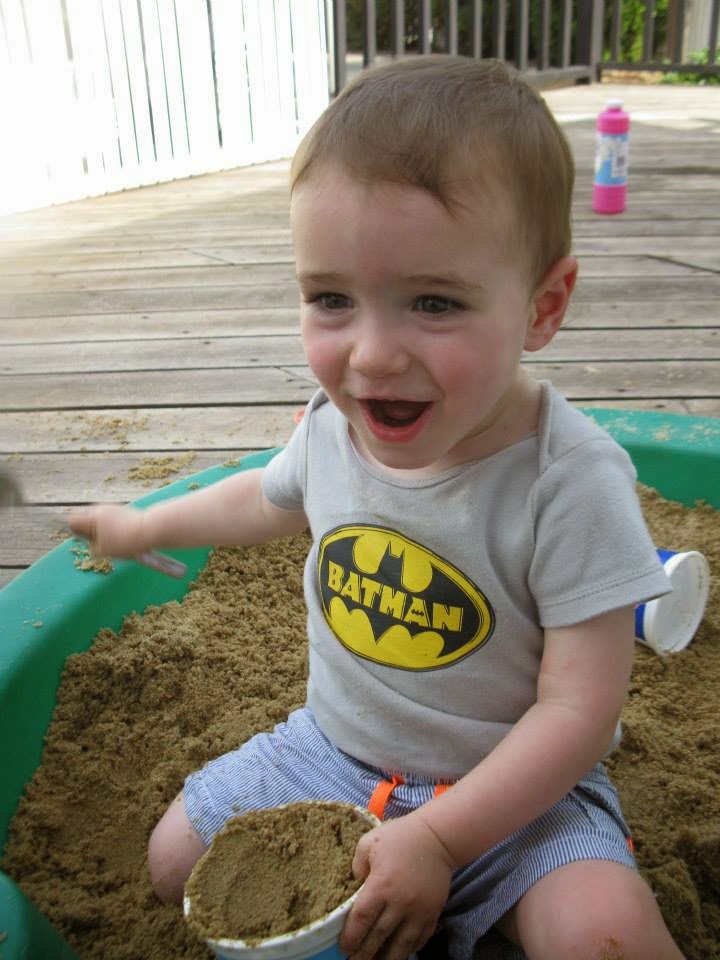 Posted by Bob Rozakis at Wednesday, September 03, 2014 No comments:

My drive home from work usually takes between twelve and fifteen minutes. (To those of you with long commutes who are sighing and thinking, "Wow, wish mine was that short!": I have to say, "Been there, done that." When I worked at DC Comics, my drive-to-the-station / train / subway-or-walk combo took at least ninety minutes each way -- when everything was running on time!)
Somehow, my brief commute coincides with when a number of local radio stations are running blocks of commercials rather than playing music. Since I'm not in the car that long, it doesn't really matter that much. And they do break up the commercials with traffic reports (which don't matter to me) and weather reports (which do).
I don't pay that much attention to the commercials, though every now and then one will catch my ear. Like the one for the gasoline that has some new "energerific" additive. The spokesman goes on and on about how wonderful this is, but buried in the fast-talking mumbo-jumbo at the end is the line, "Depending on your vehicle and how you drive it, you may see an improvement of three to five miles per tankful." (Emphasis mine.) Wow! Sure makes me want to drive around trying to find a gas station selling this brand!
Then there are the ads that remind us to drive safely because school is open. I've never really understood this campaign. Shouldn't we be more careful when the kids are not in school, since they could be out playing in the streets? For that matter, shouldn't we drive safely all the time?
But perhaps the most intriguing ad I heard was one that asked for people who wanted to play a vital role in the security and defense of our country. If so, the Central Intelligence Agency wants you.
The CIA advertises on the radio?! It made me think of a new version of the old ads that used to appear in the comic books, changed to "We're looking for people who like to spy." 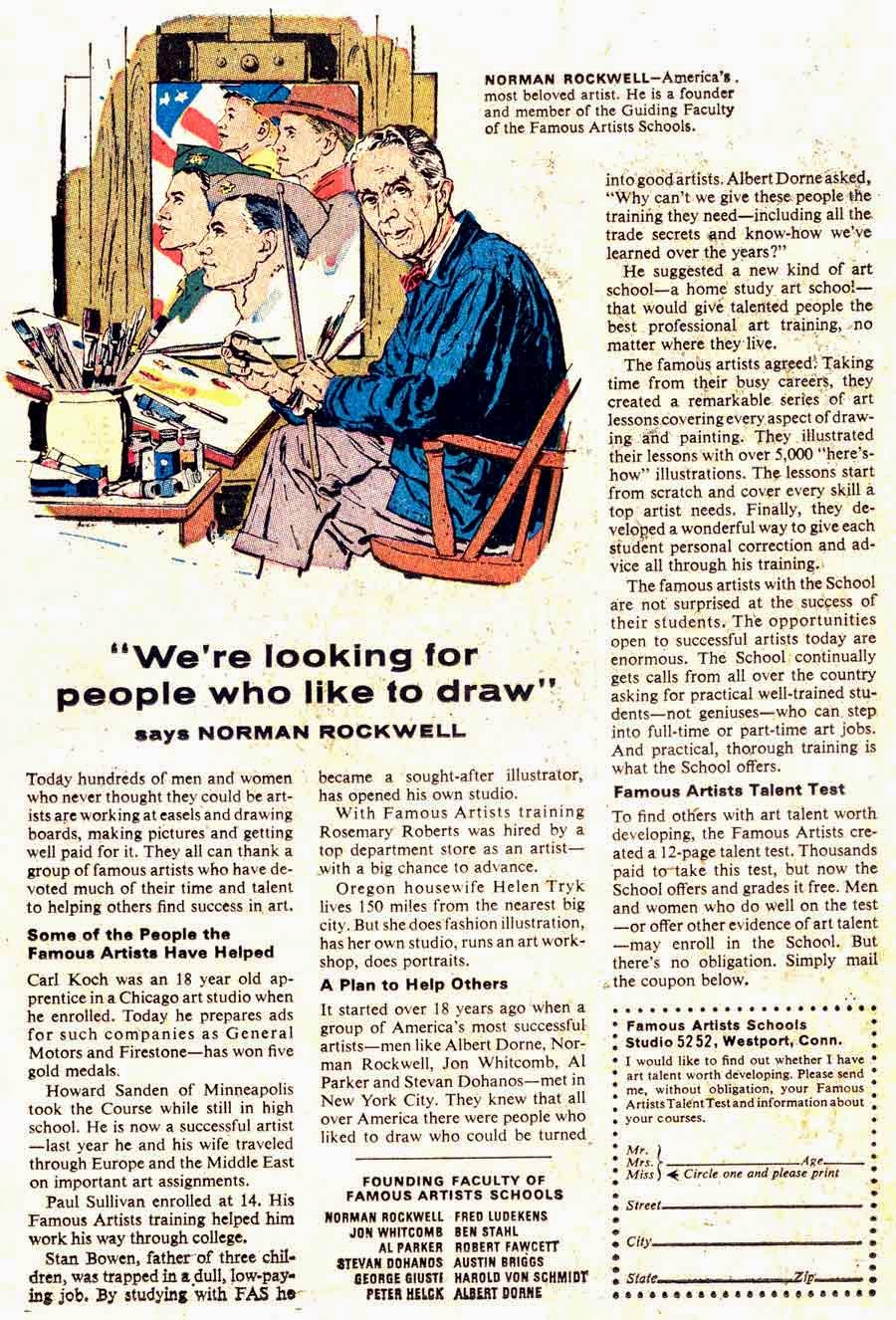 Posted by Bob Rozakis at Wednesday, September 03, 2014 No comments: