My entire run on Teen Titans (issues #44 to 53) plus the three issues of Batman Family that introduced Duela Dent (a.k.a. The Joker's Daughter) are a major portion of the soon-to-be-released Teen Titans: The Bronze Age Omnibus. 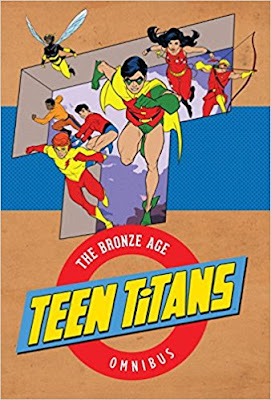 The run of stories is also notable for the introduction of The Bumblebee, who has since gotten a prime spot among the DC Superhero Girls.
And, if that's not enough to entice you, there's even an introduction to the volume written by yours truly. You can check it out on Amazon with this link: TT Omnibus
Posted by Bob Rozakis at Tuesday, May 16, 2017 No comments:

The "early April" weather we've been having for the past six weeks seems to finally be going away. The pool was opened last week and today, with the water at 69 degrees and the air in the mid-70s, it was time to take the First Dunk of the season. 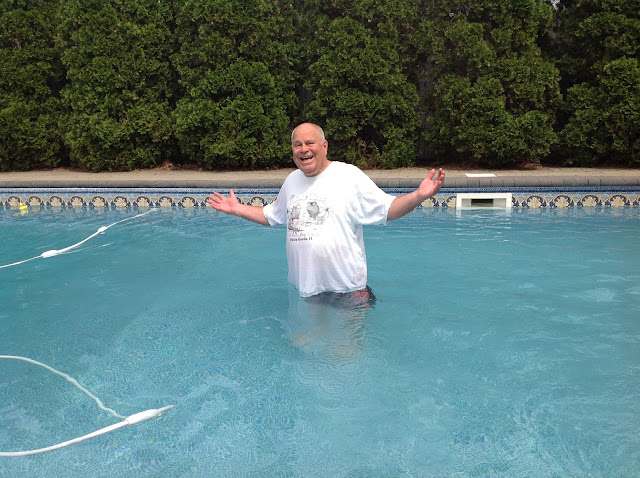 Ironically, I am wearing the same tee shirt for the First Dunk that I wore for Swimsover last fall. I look  much happier in this pic.
Posted by Bob Rozakis at Tuesday, May 16, 2017 1 comment: