A cartoon in a recent issue of The New Yorker shows a "School Lunch Reunion" with two very wrinkled pieces of fruit conversing with a normal-looking snack cake. One of the fruits says, "Twinkie, you look great. How do you do it?" This reminded me of a long-ago Twinkie tale, reprinted below from a 2002 column: 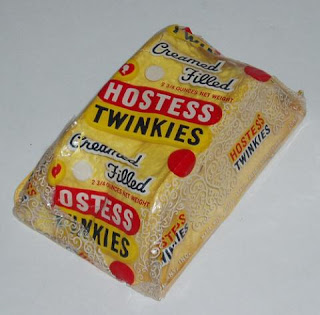 Back in 1976, DC, with the help of then-New York convention king and distribution guru Phil Seuling, decided to run a convention at NYC’s Commodore Hotel to celebrate Superman’s birthday. The plans were plagued with problems, the most severe being a strike by hotel workers the day before the convention, prompting a last-minute move to the Americana Hotel.
DC President Sol Harrison convinced Hostess Bakeries, makers of Cupcakes, Fruit Pies and Twinkies, to donate some baked goods as door prizes. However, I don’t think even Sol expected that we would get quite so many Twinkies. Boxes and boxes of the creme-filled cakes, enough to fill two canvas mail bins, arrived at the hotel!
At first, we were giving a Twinkie or two to each person who came through the door… nothing like a little sugar fix to rev you up for a convention! But by the second day, it was obvious that we had a lot more Twinkies than we had convention-goers, so we started to give out boxes of ten.
Even that didn’t seem to make a dent in the supply! By the end of the convention, we were handing people as many boxes of Twinkies as they could carry. Comics dealers were given cartons of them. DC staffers got as many as they could carry. And the rest ended up in the DC office, where anybody who could still stand to look at one could enjoy it as a snack.

I have to wonder if any of the attendees decided to keep their souvenir Twinkie rather than eat it and, if so, what condition is it in today?
Posted by Bob Rozakis at Sunday, February 21, 2016 No comments: 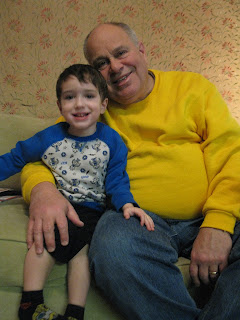 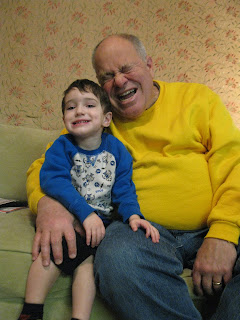 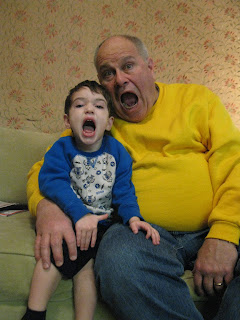 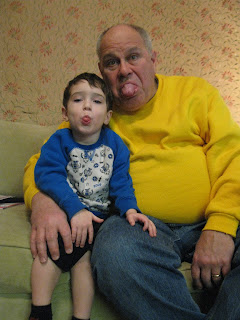 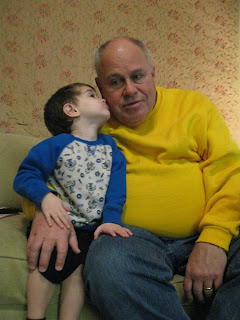 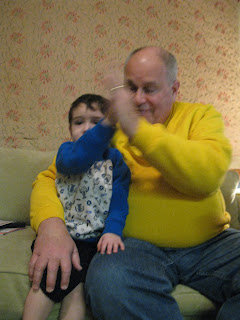 We picked up Alex last Thursday for a long weekend visit while his parents had a getaway in Montreal.
The visit had its ups and downs. Alex had a cough and fever, but it was pretty well managed by Tylenol and lots of cuddling. For the most part, he was in good spirits and enjoyed playing with Papa and Grandma, who were joined by Aunt Sammi for Saturday and Sunday.

Happy 3rd Birthday to Papa's Boy. Time is sure flying by... 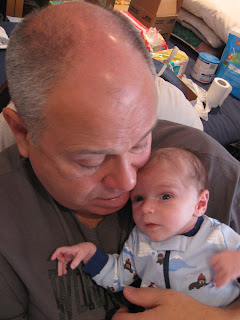 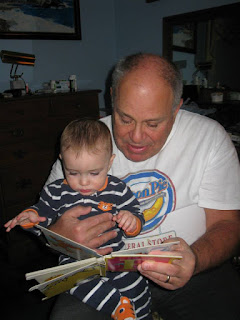 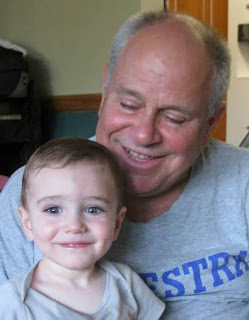 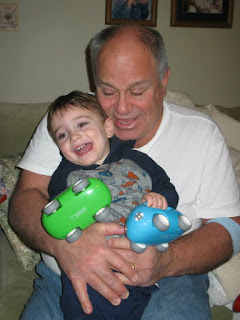 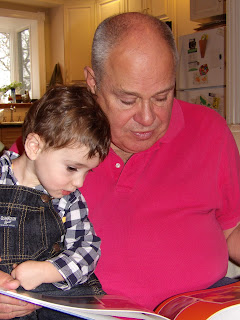 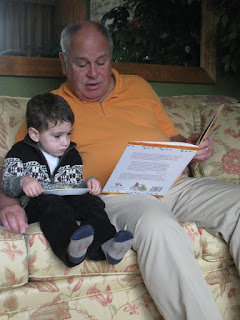 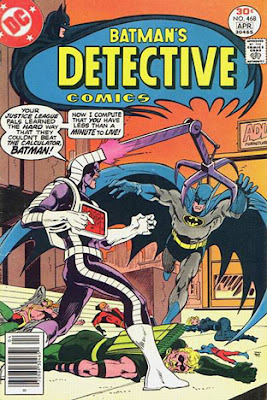 The villain in tonight's episode of Arrow is The Calculator, a character I created way back in 1976. At the time, pocket calculators were the tech rage and a villain with a number pad on his chest fit right in. By punching in a series of numbers, he could create any number of weapons that shot out of the panel on his headgear.
There were a number of things that were unique about the villain's crime campaign. First of all, he only stole items when they were at their most valuable. (I explained this concept to editor Julie Schwartz this way: Five minutes before the opening of a Broadway show, the Calculator steals all the costumes. If he stole them the day before, they could be replaced.)
Second, he had a secret calculation that he punched in when he was captured by the hero. This prevented that hero from ever capturing him again.
Finally, he appeared in a series of back-up stories in Detective Comics, battling and being defeated by The Atom, Black Canary, Elongated Man, Green Arrow, and Hawkman, before facing off with Batman in an issue-long conclusion to the series. Before this final battle, The Calculator had punched in his secret code and none of the heroes was able to capture him a second time. Batman, however, maneuvered him into a situation in which The Calculator actually captured himself. 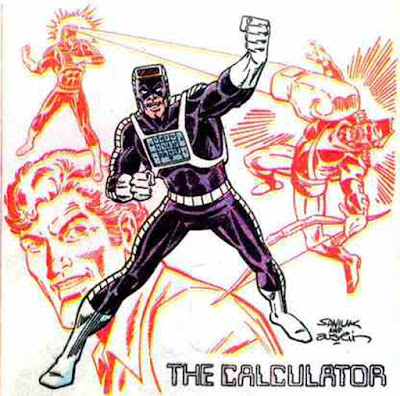 I brought The Calculator back five years later in a team-up story in Action Comics featuring The Atom and Air Wave. The Atom, because of his prior encounter with the villain, was unable to defeat him, so he called on Air Wave to do so.
And I brought him back one more time in my Hero Hotline miniseries in 1989, this time hinting that he had some longtime connection to The Coordinator, who ran HH.

The character was reinvented by other writers after that. He was changed from a costumed villain into a techie who used the internet to aid other criminals in their nefarious deeds. This version played a major role in a couple of the company-wide crossovers.
In the Batman: The Brave & the Bold cartoon series episode "Night of the Huntress," there is another incarnation that is a cross between the two. This Calculator, an overweight guy named Myron who lives in his mother's basement, wears the top half of the costume but sits at a computer providing info for other criminals.
Tonight's Calculator is being played by Tom Amandes. I expect he will be much closer to the latter-day version, but it will still be fun to see a character I created forty years ago making it to the live-action DC Universe. 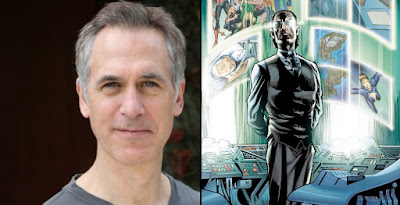