Way back in Batman Family #6 in 1976, I wrote a story about Robin battling the Joker's Daughter on top of the Hudson University Unispan, an enclosed bridge that spanned Interstate 24, connecting the north and south campuses. 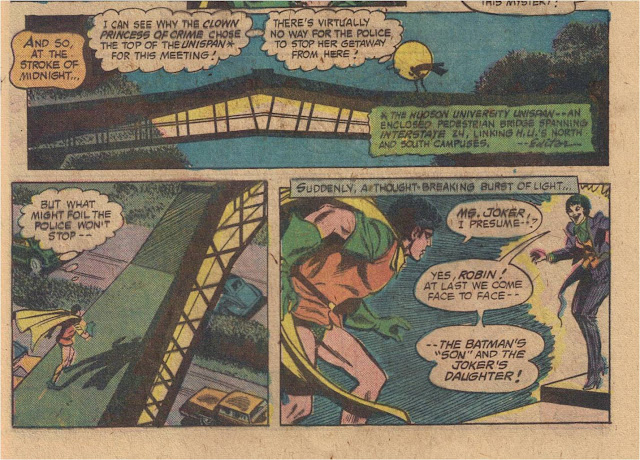 Said structure was modeled on the Unispan at Hofstra University, my alma mater. Not coincidentally, it also spans Interstate 24 and connects the north and south campuses. 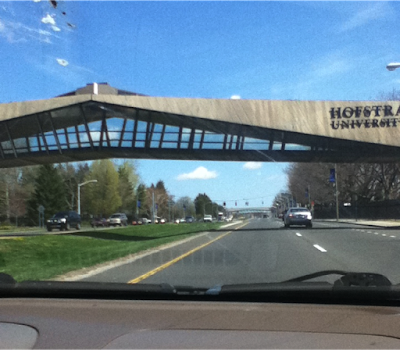 Every dozen years or so, someone at Hofstra would stumble across the comic, decide it was newsworthy, and would get in touch with me for a story. On one occasion, I was asked if the use of the Unispan was a coincidence. When I replied that I was an alumnus, his response was, "Really?"

Now, some four decades after I put the Unispan in a story, Hofstra has put me in the Unispan. A mural running along both interior walls shows highlights of the school's 80+ year history, including a couple of dozen notable staff and alumni. I was astonished to find out that I was among them. 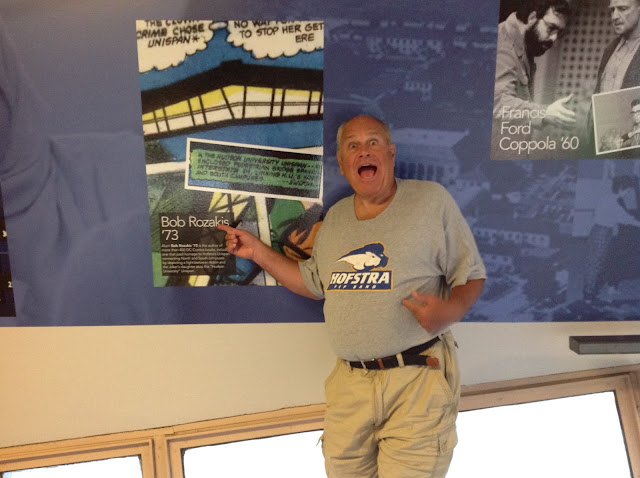 The caption reads: "Alum Bob Rozakis '73 is the author of more than 400 DC Comics books, including one that paid homage to Hofstra's Unispan connecting North and South campuses by depicting a fight between Robin and the Joker's daughter atop the 'Hudson University' Unispan."
Posted by Bob Rozakis at Monday, September 11, 2017